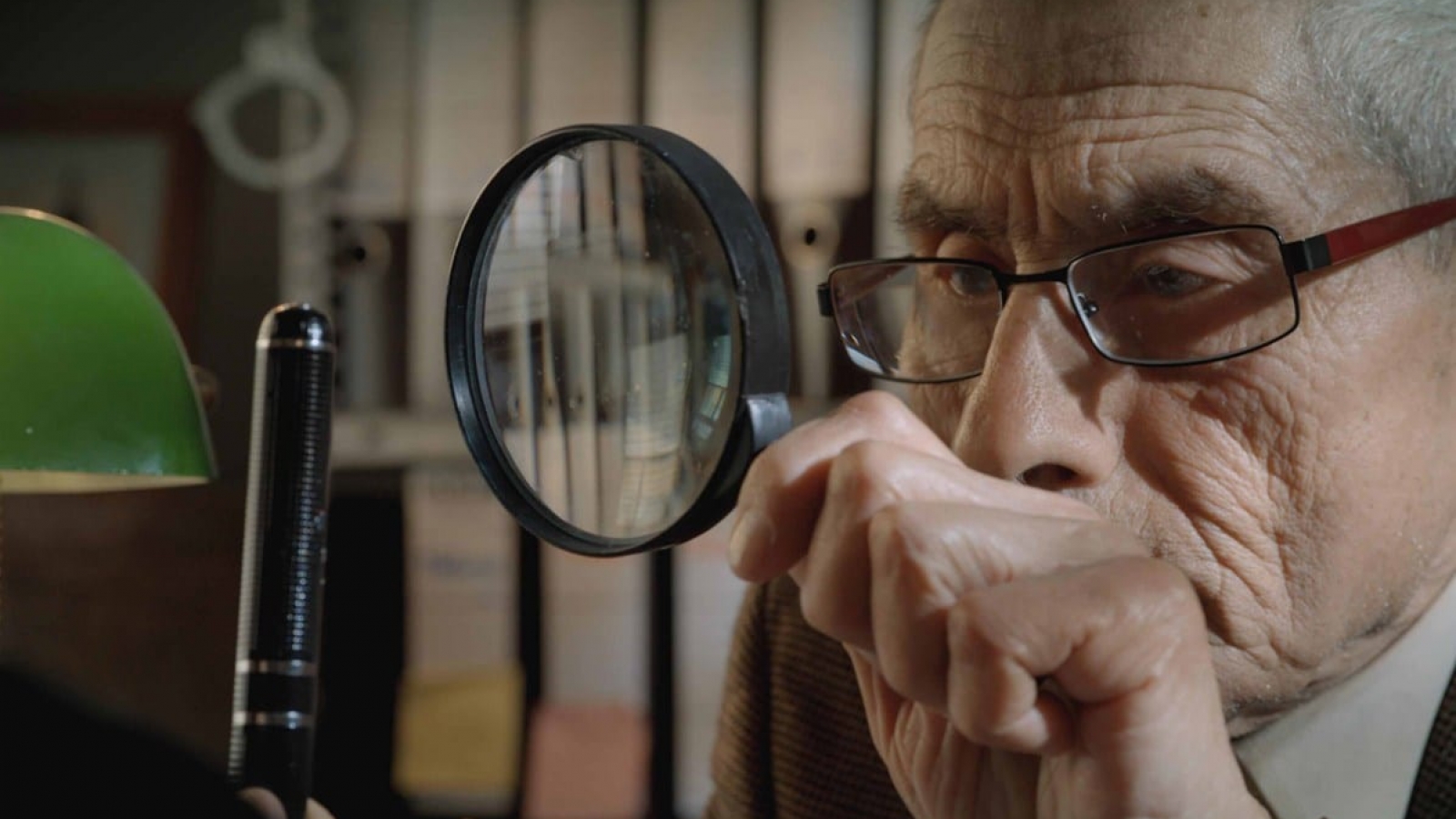 We were so thrilled to sponsor the screening of a wonderful film—The Mole Agent—at the 2021 Bangalow Film Festival. And we’re even more thrilled this week to learn that this gorgeous tale from Chile has nabbed an Oscar nomination for Best Documentary.

The film is wonderfully conceived, moving, funny, tender and timely, but does take an earnest look ageing. It follows the travails of 83-year-old Sergio who is recruited by a private investigator. Armed with a smart phone, a camera-pen, and camera-equipped thick-rimmed glasses, his mission is to make sure that a client’s mother—a resident at an aged care facility—is not being abused or having her things stolen.

Joyful mayhem ensues as Sergio struggles with the technology and becomes increasingly popular with the [mostly female] residents, and much more involved in the daily goings-on than his employer would like. While his cover doesn’t get blown, he does not stay discreetly under the radar.

Things aren’t perfect within the facility, but Sergio finds no obvious neglect. What he does come to realise however, is that the real neglect comes from the outside. It’s a rude reminder of just how easily society can forget its elders.

Back in 2017, the Aged Care Minister at the time—Ken Wyatt—told the National Press Club that up to 40 per cent of people in aged care homes never get visitors. Having worked in aged care for decades, we are all too familiar with this sad truth.

Sergio’s findings—and those of The Royal Commission into Aged Care Quality and Safety—highlight a universal human desire for companionship, care and empathy, and are a poignant reminder of the inevitability of ageing. The Mole Agent is one of those films everyone should see. Perhaps best with a box of Kleenex.

The Honey Bee Homes model of aged care is built on connection, empathy, safety and wellness. Our boutique, shared care-home at Coorabel near Byron Bay, for example, has just four bedrooms. You won’t see a uniform, a stainless steel trolley or vinyl floor. And you’ll never see Sergio poking around for signs of neglect. Although, we’d have the little charmer in a heartbeat.

What you will find is our beautiful ‘Queenslander’—called Mitchelton—with stunning valley views and permanent live-in support from an experienced team providing the highest quality personalised care we’ve seen in all our years in aged care.

The Mole Agent premiered at the Sundance Film Festival in January 2020 and has had a successful international run including ‘our’ screening at the inaugural Bangalow Film Festival.

The Academy Awards will be announced from 10.00am on 26 April 2021 in Australia. We’ll have our fingers and toes crossed, and the bubbly at the ready.

With an Oscar gong in the offing, it’s not just our resident bees that are abuzz.